Nautical Perspectives is a series of maps about Trade and Communication – the inherent traces of the human civilisation development. Without T&C there would be no globalised world.
Globalisation describes a process by which national and regional economies, societies, and cultures have become integrated through the global network of trade, communication, immigration and transportation. Our lives depend on it more than ever, the subject is always on the news and it is now leading the new developments of the UK future but we spend most of our days completely oblivious to it.
The impact of the shipping routes have always been felt throughout the globe - the slave trade, the access to India, the discovery of the new World, the Vikings explorations, the laying down of telegraph cables – to name a few. These routes are just like motorways, crossing the oceans and when plotted they become a very powerful way to show information about the world – like a snapshot of a place in time.

* Shipping 1750 to 1800 – British ships routes plotted from latitude/longitude positions derived from the ships’ logs of that period;
* Internet World Connection - the relative densities of the Internet connectivity across the globe, in 2007;
* English Channel Traffic - the traffic of ships within the English Channel, in 2014. The map shows how the English Channel has become overcrowded as ships become larger, faster and more numerous. The tanker routes coming into London and Dover are particularly heavy with traffic as shown by the wider areas.
35 x 47 x 2 cm - Black Insulating tape and film on light box . Edition of 1 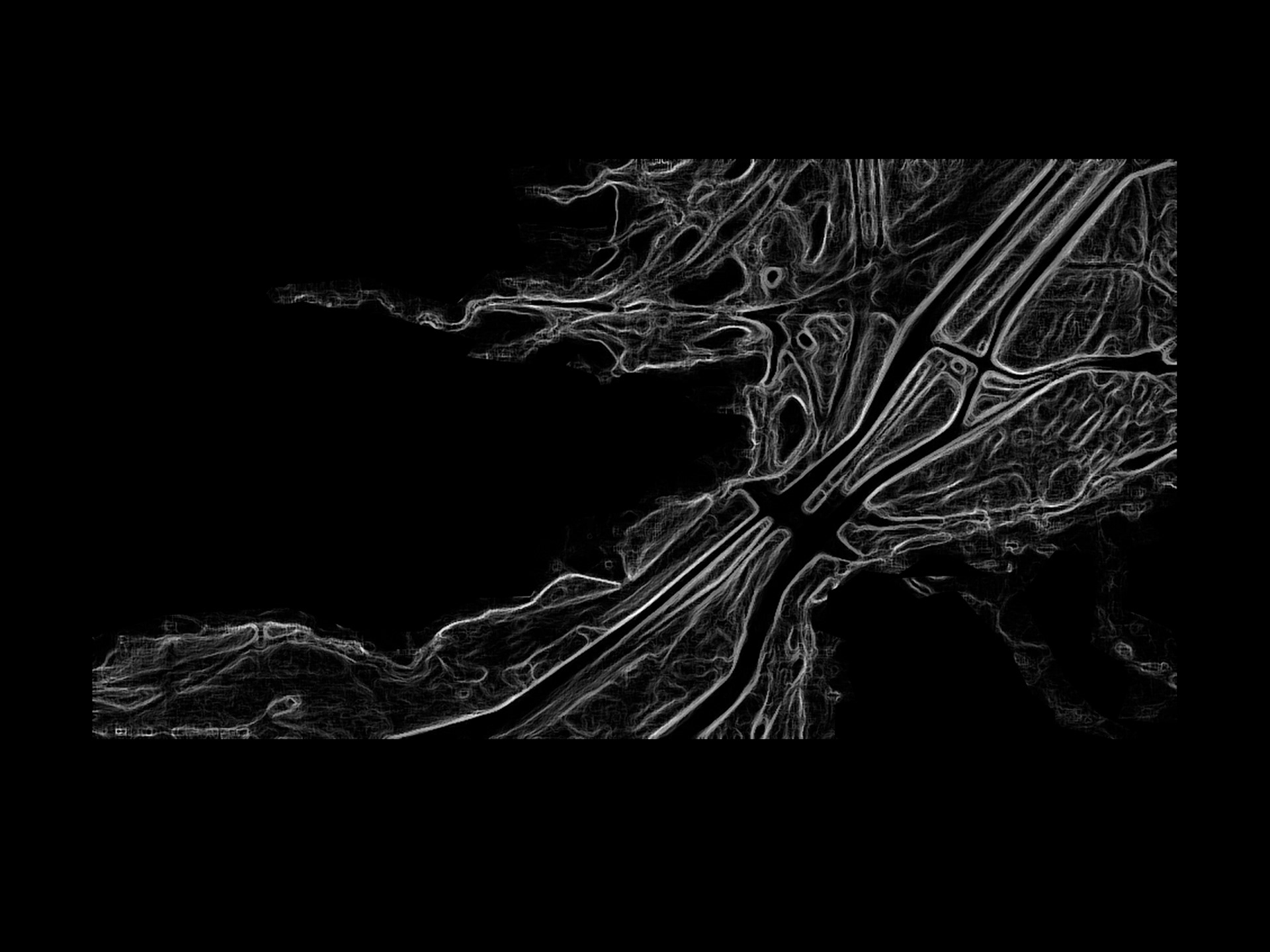 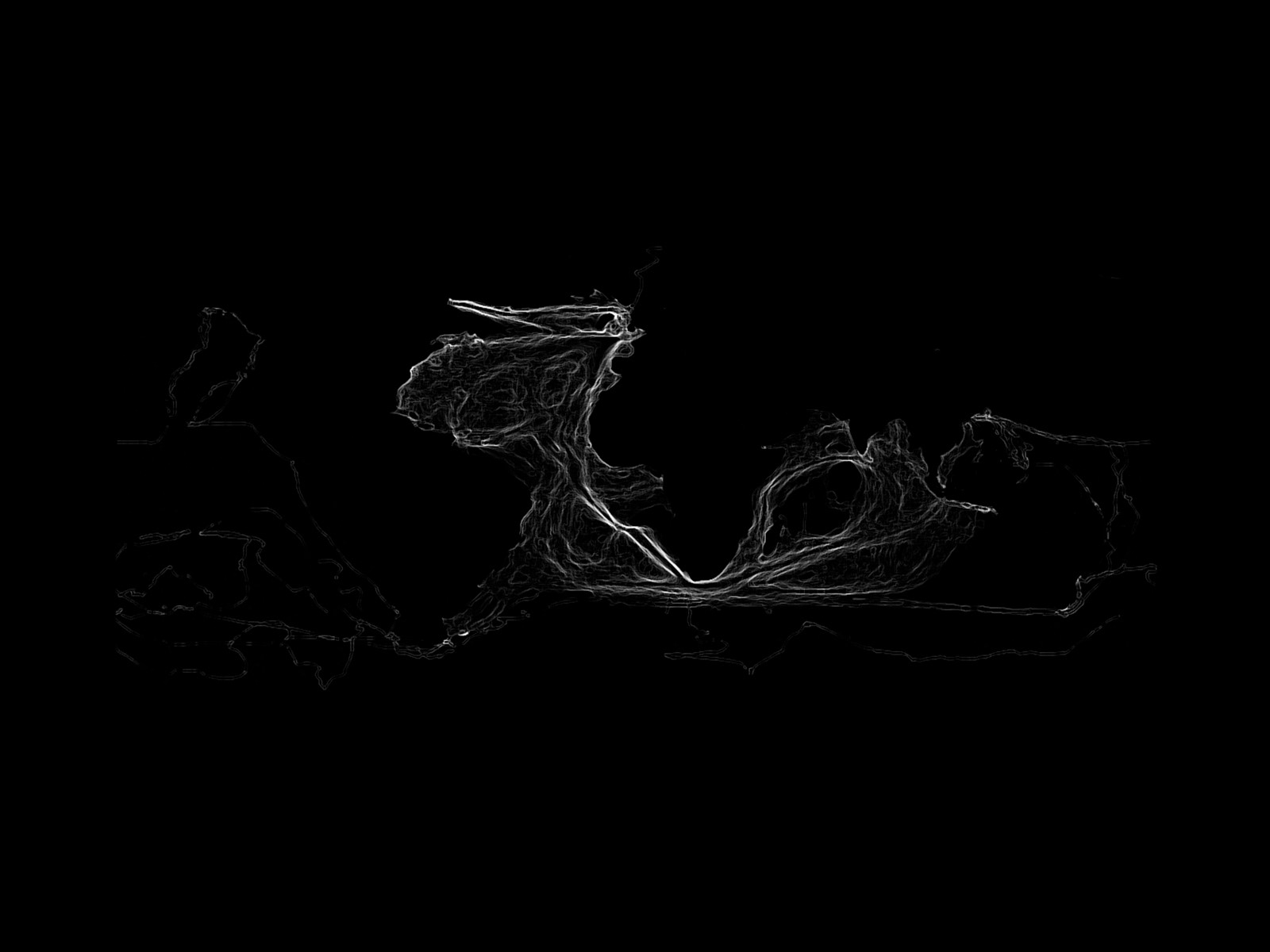 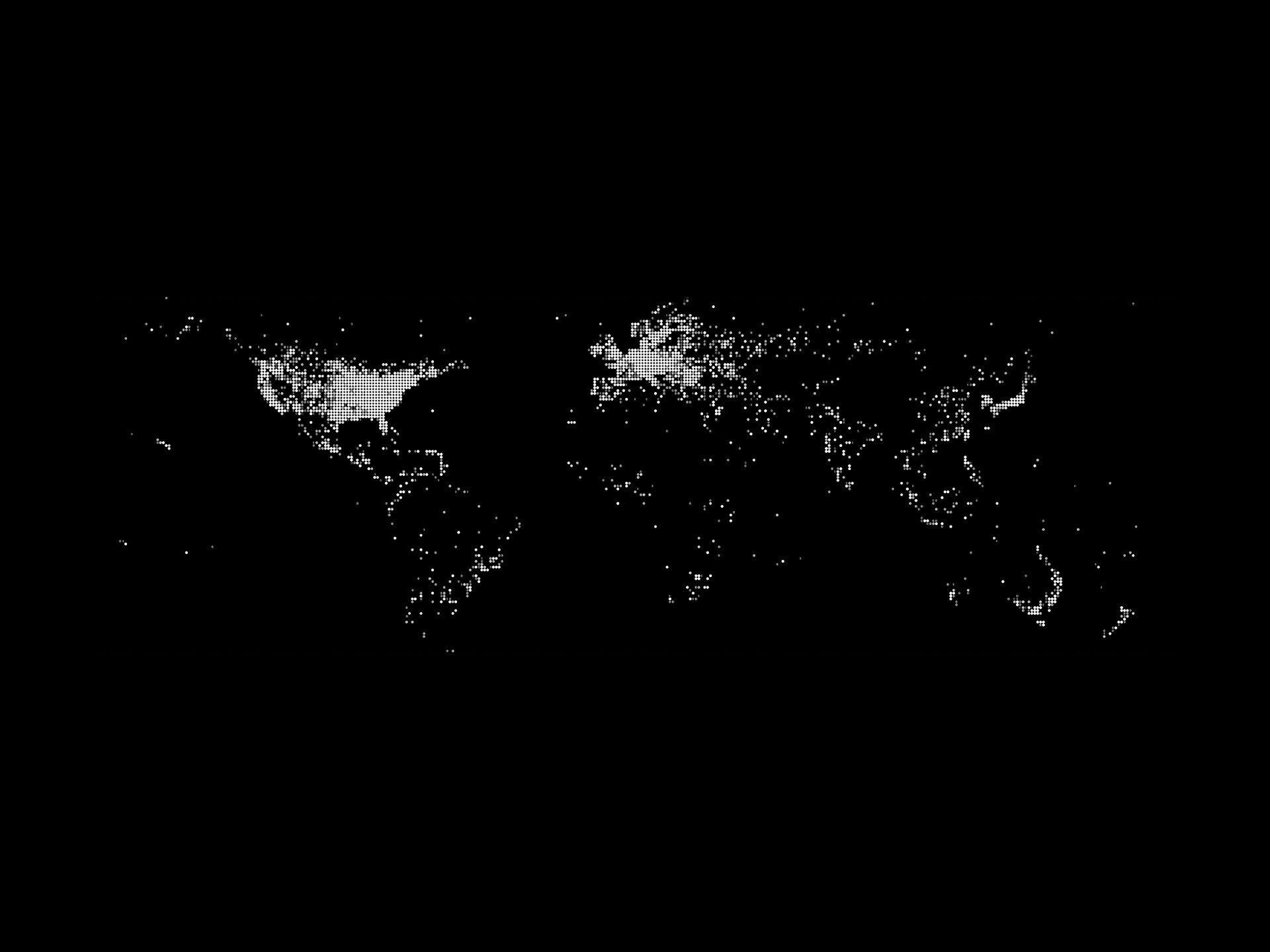 The Magnifying Power of Time

Mirror Mirror
↑Back to Top